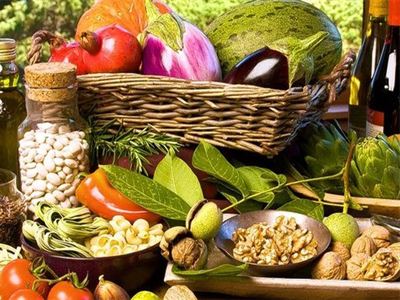 A balanced diet and regular exercise can contribute in better health, increasing at the same time the possibilities for longevity. These two precious secrets however aren’t the only ones that can increase your life expectancy.

As people grow older, the “tail” of the chromosomes, the so called telomere, shrinks, making people more susceptible to illnesses. This part of the DNA may not possess such a great informative value, but it protects the useful genetic information from wearing out.

Even though up until nowadays it was not considered as the most important “aspect” of the genetic material, in a pilot research, specialists discovered that the changes in lifestyle reinforce the activity of the enzyme, which in its turn increases the length of the telomere.

Actually, another research supports this initial observation, pointing out that a balanced diet and physical activity can protect telomeres. In other words, healthy habits slow down the aging of the cells.

A study, that involves 80 years of constant research, has proven that another secret for longevity lies within people with perception.

Through the observation of elements, like attention to detail and persistence, researchers found out that attentive people do more things to protect their health and take decisions that lead to strong interpersonal relationships and excellent career choices.

Science gives you another reason to be grateful for your friends: they help you live longer. Australian researchers have proven that people of old age with strong friendship bonds had fewer possibilities of dying in the next 10 years than those who had a limited friendly environment.

The well-known saying “You can tell a man by the company he keeps” can be implemented on friendship as well, since research shows that a friend’s habits have a definite impact on someone’s personality.

Therefore, obesity, for example, is considered socially “contagious”, with the possibilities reaching to 57% for someone, who is not obese, to run the risk of becoming so if their friendly environment is obese.

Smoking is another “contagious disease”, but there is some good news here, according to which, if someone decides to quit smoking, they can be an example to be followed by their friends.

Even if it is not a secret that smoking is a constraint for longevity, the extra time that someone gains when quitting, can surprise you.

According to a 50-year long British research, if someone quits smoking at the age of 30 they increase their life expectancy up to a whole decade. So, if you decide to quit in your 40s, 50s or 60s, you gain 9, 6 and 3 years accordingly.

A recent research has shown that those who enjoy an afternoon nap frequently have 37% less possibilities of dying from a heart attack.

The explanation is that most probably resting helps the heart, “keeping” the hormones, which are responsible for stress, at low levels.

Mostly constituted by fruit, vegetables, cereals, olive oil and fish, the Mediterranean diet is ideal if you want to gain extra years.

The natural benefits of forgiveness offer their very own contribution to longevity. Chronic hostilities are correlated with reduced lung function, heart diseases, brain strokes and other illnesses.

On the contrary, forgiveness reduces stress and along with that blood pressure levels, increasing at the same time your life span.

Hobbies and activities are two of the most important factors that definitely contribute to longevity. According to Japanese researchers people who have a purpose in life reduce the chances of dying by a stroke or a heart attack.

In fact, a research carried out at the medical center of the University of Rush, insists that the feeling of having a purpose in life is related even with the reduced risk of presenting Alzheimer disease.

Safety belt and helmets save lives and with car accidents being on the top of the list of the main causes of death, their use without a doubt contributes to longevity.

By wearing a safety belt and helmet, you increase the chances of surviving, since according to statistics, these two actions reduce the percentage of death and serious injury up to 50%. Percentages are in fact higher for cyclists.