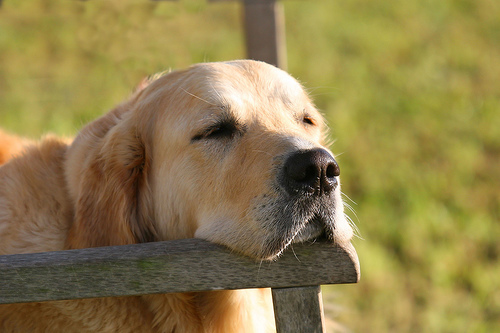 Taking a power nap is a proven way to increase creativity and productivity while improving the state of our health.

For many years in western societies a power nap was considered laziness, weakness or illness. But during the last years a power nap is seen increasingly positive. The scientific data shows that a power nap in the middle of the day helps both our mental and physical condition, making us more creative, more productive and more responsive.

A power nap reduces stress and reduces the risk for heart attacks and heart diseases, diabetes and weight gain. It can also make you cleverer, healthier and more healthy.

A power nap of 60 minutes can make us function better in the next 10 hours. Research showed that pilots who take a power nap of 26 minutes during a flight (while the aircraft is on auto pilot) improve their performance by 34% and general alert by 54%.

6 reasons why you need to take a power nap

1. A power nap can help you relax

Established research regarding power nap confirmed that even a few minutes of sleep after food is enough to revive our body and mind. As investigations have shown, a 40 minutes sleep, between 2 to 4 pm, is something that relaxes the body and increases productivity by 50%.

Unlike to what many people might think, the need for a power nap has nothing to do with the climate or the region someone is living. As identified by the neurologists involved in the physiology of sleep, the feeling of sleepiness is directly related to body temperature which varies periodically during the day.

When the temperature drops, it is a sign by our organism that indicates the need for relaxation. The hours that this drop in body temperature is experienced are between 2 to 4 pm and 11 pm to 7 am. You do not need to feel guilty if you have a need for a power nap after launch and usually during working hours.

2. A power nap can improve your creativity and productivity

A power nap gives us physical and mental strength, stimulates creativity and makes us more productive. It seems that many companies, particularly in the U.S., already know this because they have for their employee’s chairs and rest rooms an innovation that helped in multiplying their profits.

In Japan it is mandatory by contract for the worker to rest a few minutes after lunch, while in China the right for a 20 minutes power nap is constitutionally guaranteed and inviolable.

A psychologist at Salk Institute in California, Sara Mentnik, in her book Take a Nap! Change Your Life., it explains thoroughly the benefits of a power nap. «Imagine a product that strengthens the feeling, liven the senses, pushing fatigue, improves sexual health, helps us to make decisions, helps us to show younger, to lose weight, reduces the risk of heart disease, brings good mood, strengthens memory. Imagine also that this product is not toxic, has no side effects and, most importantly, it’s free », says the psychologist. This product is no other than a power nap.

Researchers of Harvard University argue that almost one and a half hours of quality sleep is just as beneficial to the eight-hour bedtime relating to the functions of memory and learning.

4. A power nap can improve your learning and memory

The American researchers put under learning and memory tests two groups of volunteers, at specified intervals during a day and again the next morning. The first group of volunteers remained sleepless and as expected their performance in tests began to fall in the afternoon.

The second group of volunteers slept for 60 or 90 minutes at 2 pm, while the researchers monitored the progress of sleep with an encephalogram. Some people had quality sleep, which consisted of phases of «slow wave» stages and REM (Rapid Eye Movement), representing dreams.

The researchers published their findings in the Nature Neuroscience journal and they clearly stated: “From the perspective of behavioural improvement, a power nap is equally good with a good night sleep from the learning perspective “.

5. A power nap reduces the risk for heart diseases

6. A power nap helps eliminating the negative effects of stress.

It is known that stress has short-and long-term harmful effects both in frequency and mortality in coronary heart disease.

The degree of reduction of the risk of death because of a power nap is similar to that offered by physical activity. This is a significant benefit achieved by the pleasant experience of a good sleep.

A power nap has different variations. The most common are:

Power Nap Variation #1: Proactive power nap, typical duration is between 30 and 90 minutes. It is a typical sleep for people who do not sleep at night or those who work late at night.

Power Nap Variation #2: The “usual power nap”, typical duration from 10 to 30 minutes. According to the lovers of this type of a power nap the ideal length is 20 minutes, because the sleep quality can be very good and the alarm is easy and without problems. This type of a power nap is appropriate for independent professionals.

Power Nap Variation #3: The “exponential” power nap. Typical duration is 10 minutes maximum. Although it can last only ten minutes it is considered the most effective type because it can be done anywhere. If applied regularly, can help to replenish the lost night of sleep. It is the types of power nap that businessmen and military love.