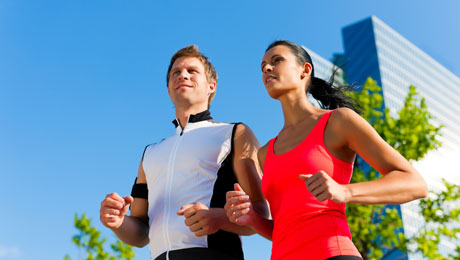 There are some people that don’t get sick no matter what. Have you ever wonder what is their secret? Read the 7 most common reasons of why some people do not easily get sick.

At times of intense stress, the body, in order to support the alertness mode, generates large quantities of adrenaline and cortisol and at the same time it suppresses the immune system, so its ability to combat bacteria and viruses is reduced.

When permanent disruptions to the immune system due to stress are caused and when there are other factors, such as a genetic predisposition, it is not unlikely that the immune system starts treating the body itself as a foreign body and it often turns against different organs, causing autoimmune diseases (e.g., rheumatoid arthritis, thyroiditis).

Research also shows that people under stress are more susceptible to cardiac diseases; they are more likely to suffer from bowel syndrome or other diseases of the gastro-intestinal system (e.g. gastritis, ulceration) and face an increased risk of mental disorders, such as depression.

Stress has an impact on female fertility, health of the skin, affects the metabolism and is associated with erectile malfunction, while it often aggravates already existing health problems such as osteoporosis and bronchial asthma.

Let your kids play with dirt, do not wash your hands with antibacterial soap all the time, stop worrying about whether your home is clean enough. In other words, put a little dirt in your life!

This is what experts advise, since it has now been proved that excessive cleanliness may be partly to blame for the outbreak of asthma, eczemas and generally of allergy, especially to children.

In fact, researchers from the University of Brunel in London observed more than 13,000 children from their fetal age up to after the age of 16 years and found that women who used many household cleaning products during pregnancy or shortly after birth, raised the risk of asthma to their children.

It is also no coincidence that the percentages of allergies in people who live in “sterile” city apartments are higher than those living in the province. Our contact from an early age with germs helps create antibodies, thereby strengthening our immune system and therefore our body’s defense against illnesses.

They prefer natural treatments with herbs

Western medicine may usually resort to drugs as the only way of dealing with all health problems, but no one can overlook the role of nature as well.

First Hippocrates had spoken about the power of plants and herbs which, thanks to their properties, contribute to the treatment of many diseases. In fact, of the approximately 250 plants used on his patients, several of them are the basis even of modern drugs.

According to traditional Chinese medicine, everyone can find a valuable herb for each problem (e.g. , hypertension, obesity, weakened immune system). This does not mean, of course, that we will have to purchase whatever herb is available on the market to stay healthy.

A slight change in our daily lives is a start. The systematic consumption of green tea, for example, reduces blood pressure and fat, while it seems to even have an anti-cancer action due to the polyphenols it contains, known as catechins.

Adequate sleep, but not excessive (more than 8-9 hours daily), is considered a longevity factor. In fact, research from Harvard Medical School has shown that those who sleep more than 6 hours a day are more likely to live longer.

Lack of sleep has substantially equivalent effects to the body with stress situations, since more cortisol is produced (known as the “stress hormone” ), which in turn increases blood pressure, increasing the chances of heart attacks and brain episodes.

Also, studies on people who work at night show higher rates of breast and bowel cancer. Scientists attribute the high rates to the fact that these people are exposed to the light at night, so their body produces less melatonin, a hormone that is believed to have protective effects against cancer.

Researchers from Columbia University also proved that adults who sleep a few hours each day are more likely to become obese. The number of hours of sleep that each person needs to relax are certainly a matter of temperament. According to experts, however, the risk of diseases is increased when we sleep less than 6-7 hours.

Must Read: How to wake up in the morning

For decades, scientists believe that the consumption of fewer calories each day will lead to extra years of life.

But researchers from the University of Wisconsin found that the reduced calorie consumption is connected to people with less risk of cancer, heart diseases and diabetes.

According to the specialists, in order to prolong our lives and, of course, to eliminate the risk of diseases associated with excessive weight (e.g., diabetes, hypertension, increased lipids in the blood, etc.), we must first of all limit the calories that come from the simple sugars (like sugar), since the increase in insulin seems to be associated with the reduction in life expectancy.

Many of the chemicals used today, such as dioxins and PCBs, did not exist in the environment in the last century. This perhaps is the reason that the last few decades  the percentages of incidences of disease have increased (e.g. , cancer) that are related to the exposure to toxic substances, experts say.

Although there is not enough scientific evidence to confirm the benefits of detoxification, small changes in our daily lives that will help to get rid of the accumulated in our bodies chemicals can only benefit our health.

They retain their pH balance

The body is healthy when it maintains the alkaline/acid balance (pH) to normal levels (neutral is 7). If the levels of pH are lower than the average, symptoms are displayed (e.g. , feeling of fatigue, gastric problems).

By enriching our diet with vegetables, we reduce the risk of creating an increased acidic environment in the body and we protect the health of our body.