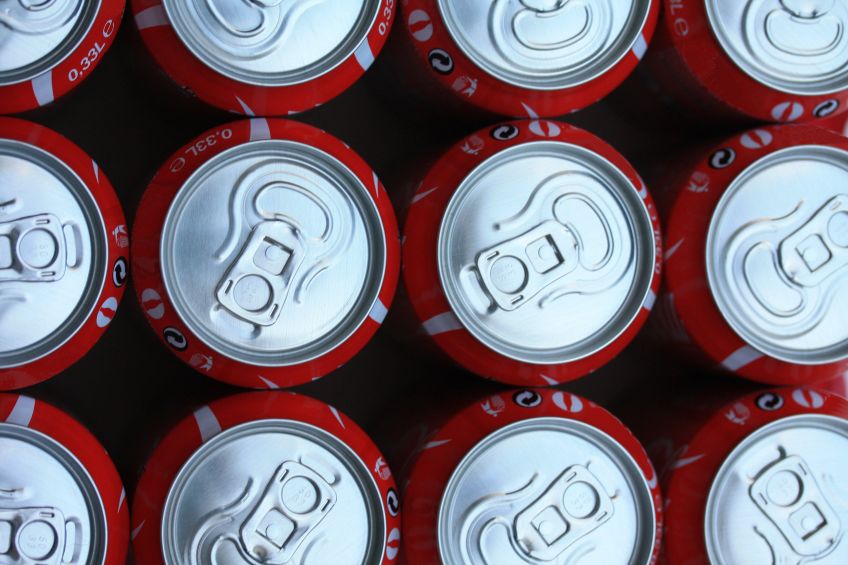 These days, everybody knows that sugar is bad for you. Excess consumption of sugar is implicated in a range of health issues from type 2 diabetes, cardiovascular disease and the obesity epidemic we see in Western society today.

It is therefore no surprise that drinks companies have cottoned on to the tidal wave of negative media towards sugar. As a result, in recent years manufacturers of soft drinks have put a lot of time and money into trying to convince the public that they have ‘healthier’ alternatives, such as ‘diet’, ‘zero’, ‘max’ and so on.

But are these alternatives as healthy an option as the drinks companies would have us believe, or are diet drinks bad for you?

One of the main reasons people opt for a diet drink instead of the full sugar version is because they contain virtually no calories. Therefore, people believe they can drink them without worrying about their waist line.

However in order to keep diet drinks palatable, they still must contain something sweet: enter artificial sweeteners. These are synthetic compounds, of which six have been approved by the Food and Drug Administration in the US. These are; stevia, aspartame, sucralose, neotame, saccharine and acesulfame potassium. (See also: Why is fructose bad for you)

However, the problem with having a very sweet product with no calories is that the body has no way of knowing how many calories it is consuming. Normally, when you eat something sweet the body understands that it is also getting calories, and so when enough calories have been consumed the stomach sends signals to the brain to stop eating (or drinking).

However by providing a sweet taste without the calories, artificial sweeteners upset this signalling process and the body is not able to accurately gauge how many calories are being consumed. Studies have shown that this disruption to the process leads to an increase in calorie consumption over time, and thus an increase in body weight.

Everyone is born with an inherent desire for sweet things. When we consume sweet foods or drinks, our brain releases dopamine. Dopamine is a chemical that is associated with the reward mechanism of the brain, and so when this part of our brain is stimulated we are naturally inclined to want to continue consuming sweet things. This also occurs when people become addicted to drugs, such as cocaine.

And so, when diet drinks laden with highly sweetened artificial sweeteners are consumed on a regular basis, it is possible that due to the release of dopamine, we can become addicted to them.

Research carried out on diet soft drinks have found that there are a number of diseases and illnesses that are connected with the artificial sweeteners found in these types of beverages. Some of these are listed below.

Most diet drinks contain the artificial sweetener, aspartame. Animal studies have shown that aspartame consumption produces carcinogenic effects in organs and tissues, even at a much lower comparative dose than what is regularly consumed by the general public.

Of more concern, however, is the result of the longest ever human study of the effect of aspartame on men and women. This 22-year study linked aspartame consumption with non-Hodgkin’s Lymphoma and leukemia in men, and leukemia in women.

While more studies of this kind need to be carried out, the early evidence clearly shows a link between diet drinks and cancer.

As previously mentioned, due to its affects on weight gain, diet drinks puts consumers at a higher risk of cardiovascular diseases such as heart attacks and strokes.

A large scale nine-year study in the US found that drinking diet soda daily increased the risk of cardiovascular events by an unbelievable 61%. Interestingly, the risk was greater for those who drank diet soda compared to those who drank regular soda.

A study of more than a quarter of a million people showed that those who consumed diet soft drinks were more than 30% more likely to suffer depression than those who did not. Although the study did not look at the causal link between diet drinks and depression, the research does show that cutting out diet soft drinks will significantly reduce your risk of depression.

Are diet drinks bad for you?

Whilst it is common knowledge that full sugar soft drinks have negative effects on health, there is a growing amount of evidence that suggests diet soft drinks are equally bad or worse for your health.

The message here seems to be clear; all soft drinks, whether they are diet or contain sugar, have a negative and possibly fatal impact on human health and should ideally be cut out or at least significantly reduced from your diet.