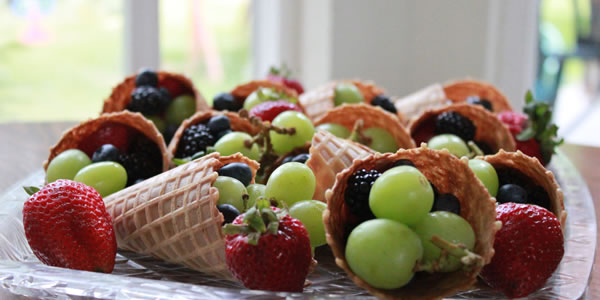 Healthy eating for teenagers can be a difficult area for parents as they have a lot less control over what their child eats than when they were younger.  The teenage years are those when young people start to spend more time out of home and eating with friends, usually in cheap fast food restaurants.

They are also the years when teenagers are most at risk of developing unhealthy attitudes to food through numerous outside influences such as friends and the media.  Teenagers often also want to try new diets, such as vegetarianism, avoiding dairy products or whatever other eating plan is currently in fashion.

However, despite the challenges that parents face in ensuring their teenager eats a healthy diet, it is important that they still try to encourage healthy eating as a family as much as possible.  Eating healthily during the teenage years is the best way to give your teenager the best start in their adult life, both in their attitude and food habits and also in their health.

See also: How to change your unhealthy eating habits

Benefits of healthy eating for teenagers

As children and teenagers, our eating habits are largely influenced by our family and we form eating habits which can be both good and bad that we often take with us throughout adulthood.  Although parents may have less influence on teenagers eating patterns than when they were smaller children, there is still the opportunity to have a positive impact.

Parents should lead by example and follow a healthy diet themselves, although it should be noted that an excessive emphasis on dieting can lead to similar behaviours in teenagers who are very vulnerable to these types of pressures.

The focus of family eating should be on a balanced diet, rather than weight loss.

Establish a healthy attitude to food

As mentioned previously, teenagers, particularly girls, but also a growing number of boys are at high risk of eating disorders due to the ongoing pressure to be thin and fit the mould of what is considered ‘beautiful’.

It is important for families to encourage healthy eating and exercise to maintain a healthy weight, but not to focus too much on weight loss or comment negatively on a child’s weight.

During the teenage years, bones are still growing and becoming stronger.  Later in life out bones we stop increasing bone mass and only lose it with age, leaving a risk of osteoporosis, especially in women.

By ensuring plenty of calcium is in the diet in the form of low fat diary or alternatives such as almonds during the teen years, the bones can become as strong as possible during this growth period.

A healthy diet both in teen years and later in life, is essential for reducing risk of lifestyle diseases such as heart disease, some cancers and diabetes.

Although it may be hard to impress a teenager with the importance of this for later life as they tend to live ‘in the moment’, it is still valuable for them to hear and gives a reason for healthy eating other than weight management.

Puberty is a time of huge growth and development in the body and thus requires plenty of nutrition and energy for these processes to happen properly.  Teenagers who are going through puberty often require larger amounts of food to feed this high growth rate, and it is important to encourage them to get this energy in healthy ways.

A wide range of vitamins and minerals are also essential for proper growth and development, so a range of foods with a variety of nutrients is very important.

See also: Why do we need vitamins

Teens who skip meals, which is a reasonably common occurrence, also tend to be more moody than those who eat regularly.

See also: How to break the association between foods and emotions

Young people who eat healthily, in particular those who have a healthy breakfast daily tend to have increased cognitive function and be more alert, both of which are essential to optimise their capacity to learn at school.

Hunger or low blood sugar levels can leave teenagers lethargic and finding it hard to concentrate, so by filling them with healthy food on a regular basis they can make the most of the their education.

Many teenagers are heavily into sport and need to understand that higher levels of activity have different nutritional requirements, particularly in terms of energy.

A healthy balanced diet that provides an appropriate amount of calories to fuel their sport will help them to train harder and perform better in their chosen field.

Through puberty weight tends to fluctuate greatly due to the multitude of hormonal changes that are taking place.  It is important for a teenager to realise that these changes are likely to plateau off as they reach the end of puberty and then it is the food they eat and the exercise they do that will affect their weight.

Teenagers who avoid certain food groups such as meat, dairy or even carbohydrates in order to lose weight, fit in with peers or simply because they don’t like them are at high risk of deficiency of certain nutrients.

During this time of great growth, requirements for these nutrients can even be higher than normal, meaning that the deficit is even more severe.  Deficiencies in iron and B vitamins are quite common and it is important that a teenager is educated on the importance of including at risk nutrients in their diet in another way if they are excluding food groups.