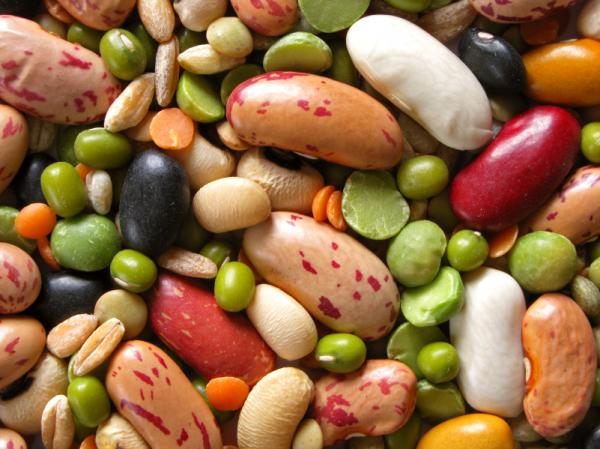 Some foods leave you craving more very soon after the meal, whilst others can leave you feeling satisfied and full for hours.  For weight control, it is beneficial to choose those foods that fill you up and keep you full to avoid unwanted calories in the form of snacks and extra intake.

Here are some good foods that are thought to keep you full for a longer period of time.

Eggs are a rich source of protein which has been shown to keep you fuller for longer as it has less effect on blood glucose levels than carbohydrate foods.  A study comparing satiety and calorie intake after a breakfast based on eggs compared with one based on bagels found that the egg breakfast resulted in increased reported satiety and was also associated with a slight decrease in calorie intake over the course of the day.

Not only do eggs help keep you full, they are also a rich source of important nutrients that are important for the body to function to its maximum potential. Try cooking eggs in different ways such as poached, baked, in an omelette or boiled for variety.  Eggs make a great, nutritious and quick addition to many dishes such as salads, stir-fries or pasta to add protein and keep you fuller for longer.

Although nuts are high in calories, they are also a great snack that will fill you up and keep you full.  Nuts are an excellent source of protein in addition to fibre and fat, all of which can help to keep you fuller for longer.  Fibre slows down the digestive process, meaning that food is absorbed more slowly, whilst also adding bulk which literally fills you up and makes you feel that you cannot eat more.

Nuts also provide healthy fats that are beneficial to heart health, however, due to their high calorie content, consumption should be moderated and a small handful should suffice as a snack.  Unsalted, unroasted and unsweetened nuts are the healthiest option.

A recent German study comparing the effects of different types of fats on satiety found that olive oil has the largest effect when compared with other fats such as lard, butter and rapeseed oil.  The group of participants who were given olive oil supplementation reported increased satiety, as well as showing higher levels of the satiety hormone serotonin in their blood.

As rapeseed and olive oil have similar make up in terms of fatty acids, the scientists involved in the study concluded that aroma was the key to the increased feeling of fullness experienced with olive oil.

Oats are a low GI carbohydrate source due to their whole grain status, which means that they require a larger amount of processing in the digestive system before they can be absorbed.  This results in a slower release of carbohydrate into the blood stream, meaning that the level of blood glucose is kept more level for a longer period and therefore you feel full for longer and are less likely to crave more carbohydrate.

There is also some suggestion that the high beta glucan levels present in oats may also contribute to satiety as may the somewhat gloopy texture, which has also been associated with feelings of fullness.  A bowl of porridge made with milk or water is likely to keep you full for around four hours.

As with oats, other forms of complex carbohydrates also tend to keep you fuller for longer due to the increased processing required to break them down in the gut and also the higher fibre content than refined grains.  For this reason for better satiety, always choose whole grain version of carbohydrate containing foods such as bread, crackers and pasta.  Brown rice is also a better option than more processed white varieties.

A common weight loss tip is to drink a glass of water before a meal as this will fill your stomach a little and help you to eat less.  It has also been suggested that there is a relationship between feeling full and the viscosity of a meal, with meals that are more viscous, i.e. contain more water associated with greater satiety.

It has been suggested that vinegar may contribute to a feeling of satiety directly after eating in one study published in the journal of Nutrition Research.  Vinegar has been suggested to lower the postprandial glucose response or level of blood glucose after eating, therefore keeping you fuller for longer.  Further investigation is needed as to the quantity required, if all acidic foods will produce this result and if a larger amount will increase the effect.

Oily fish such as mackerel, sardines and salmon are high in protein, but also in omega 3 fatty acids.  Not only are these types of fats beneficial for heart health, but research suggests that a high intake of these in the diet can increase feelings of fullness.

Packed full of a winning combination of fibre and protein, beans and legumes such as chickpeas, lentils and dried beans will leave you feeling satisfied and keep you that way for some time.

Cinnamon has also been suggested to effect blood glucose levels while eating, leaving you feeling fuller for longer.  It is also a great way to wake up your metabolism naturally.