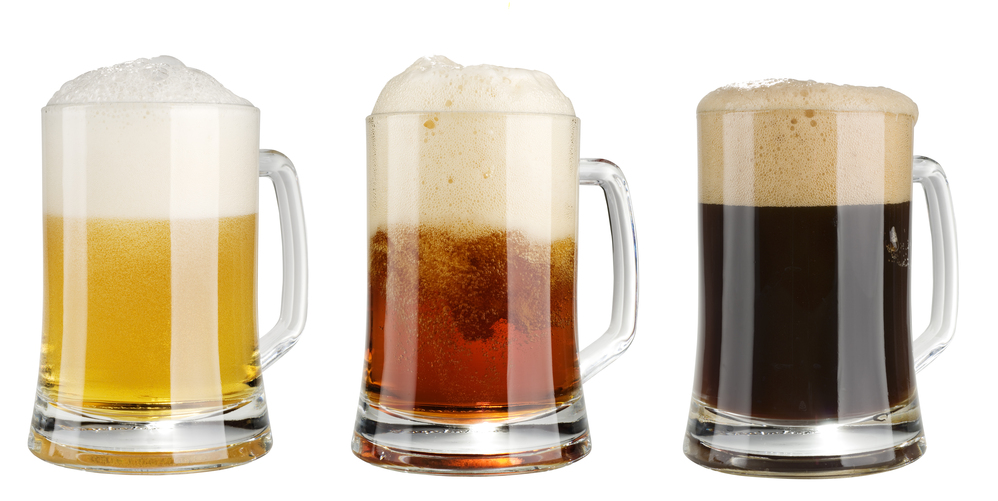 Over the last few years, there has been an intense dispute among the scientific circles on whether drinking alcohol is good or not. On the one hand we have many researches establishing the protective action that it mainly brings to the vessels and our heart’s health. On the other hand an equally important number of researches showing that alcohol is one of the major causes of different types of cancer, such as breast cancer, liver, rectum, and mouth cancer.

The truth is that every quantity above the recommended, in combination with chronic consumption, can cause serious health problems, such as addiction, brain damage, neurological disorders, hepatitis, pancreatitis, osteoporosis, etc.

So, whether alcohol is potentially beneficial or harmful to our body that is determined by the quantity someone consumes.

Moderation is the key

According to research data, in order to take advantage of the benefits of drinking alcohol and not any of the disadvantages, it is essential that women do not consume more than 15 g alcohol per day and men over 25 to 30g. In practice, this means:

➜ 1 Glass of wine for women and two for men.

➜ 1 measure of “hard” drink (e.g. , whiskey) for men and about half for women. These quantities, of course, differ when we follow a diet program or when there is a health problem, and needs to be limited or even completely forbidden.

What are the benefits of drinking alcohol

It strengthens the heart

For many years a large number of researches show that moderate alcohol consumption is associated with lower mortality from myocardial infarcts even when compared with those who abstain completely from alcohol.

This beneficial action is more closely linked to the consumption of red wine, due to the antioxidants and flavonoids that it contains.

Those who are accustomed to drinking red wine with food do good to their cholesterol as well. In particular, a little red wine helps to raise the “good” HDL cholesterol, and helps non-oxidation of “bad” LDL due to the antioxidant substances it contains, when of course we do not go too far with fats.

It contributes to longevity

It is no coincidence that in France, where there is the highest per capita consumption of wine, the highest life expectancy is also recorded.

In addition, the French although they have a diet rich in animal fat, they present 2.5 times reduced risk of death in relation to other countries. In studies, therefore, it is apparent that the “French paradox” is associated with the increased consumption of wine in France.

It opens the appetite

Low alcohol consumption shortly before lunch increases fluid secretion in the stomach that trigger appetite. Surveys have shown that elderly people who suffer from anorexia because of depression, when they drink a little wine before their meal -but only if their general health condition allows it-, they eat with more appetite.

However caution is needed because when we drink a bit more, we achieve the opposite effect. In other words, the large quantities irritate the mucous membrane of the stomach and then our appetite “is lost”.

It eliminates the carcinogenic substances of meat

In a research carried out at the University of Jerusalem it was shown that when we accompany red meat with red wine, we significantly reduce the chances of cancer development as the powerful antioxidants (polyphenols) of red wine counteract the harmful substances produced in the stomach during the decomposition of red meat.

Why is drinking alcohol bad for your health

It becomes toxic for the liver

The beyond the normal daily alcohol consumption for many years slowly “poisons” our liver. It is in fact known that this is the number one enemy of the liver. It can cause steatosis and then, if we do not take any precautions, cirrhosis of the liver, which is an irreversible damage.

It puts pressure on the stomach

Alcohol is toxic to the stomach and can aggravate a gastroesophageal reflux or cause gastritis. In addition, the large and prolonged consumption of alcohol is associated with cancer of the upper digestive tract, especially when other risk factors are already present.

It weakens the bones

The chronic and high alcohol consumption can worsen osteoporosis, since it “steals” the calcium from our bones. More specifically, alcohol reduces the ability of the body to absorb calcium. (Also read: How to increase calcium intake through food)

Increases the risk of breast cancer

Alcohol raises estrogen levels in the blood, which increases the risk of breast cancer. This is why its consumption by women with hereditary background and other risk factors for breast cancer is a matter of extreme consideration for the experts, who, in such cases suggest that it should be avoided. Researches also show that even a glass a day is associated with an increase of the risk.

It dries the mouth

First of all it causes bad breath, because liver is able to metabolize the greater amount of alcohol, but a 5% to 10% is discharged through breath, urine and sweat. Alcohol also contributes to the creation of inflammations of the gums, such as gingivitis and periodontitis as it affects the flora of the mouth, dries the mucous membrane and changes the pH.

It also favours the creation of caries because of the carbohydrates of alcoholic beverages. The worst of all, however, is that the consumption of alcohol in combination with smoking increases the risk of cancer of the oral cavity and larynx.

Even small quantities alcohol can significantly reduce the chances of achieving a successful pregnancy in women who are involved in vitro fertilization, according to the results of an American study of Harvard Medical School. Actually the largest drop in the success rates occurred among women who often consumed white wine.

In particular, 2 – 3 glasses of white wine reduce the effectiveness of IVF by 24 %. But also women whose partners consumed beer on a daily basis had approximately 30% less chances to have children, while the success of in vitro was reduced by 38 %.

It threatens the fetus

Everything we eat or drink during pregnancy goes directly through the blood to the placenta. Some experts believe that the consumption of any amount of alcohol increases the health risks for the baby, while others feel that low consumption does not have a negative effect.

A recent study showed that during the first months of pregnancy women who drink 10 units of alcohol are more likely to have a child with congenital anomaly compared to those who avoid alcohol.

It blurs the mind

Alcohol does not only blur the mind when we are under its influence, unfortunately it also creates many changes in the human brain. Its systematic and over the limits consumption adversely affects many mental functions.