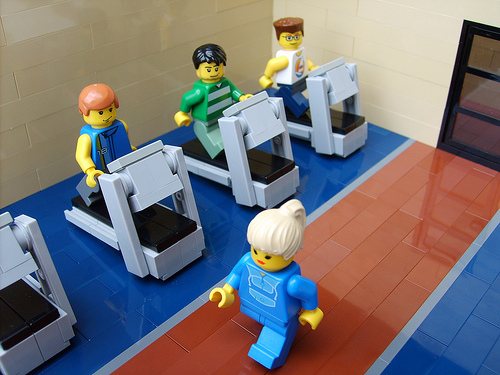 People follow a raw food diet for a number of reasons including the belief that it is healthier, however this type of eating style is not easy to follow and has a number of disadvantages when compared to a more traditional diet including cooked foods.  So is raw eating really a better option for your health?

What is the raw food diet?

Those following a raw food diet consume only foods that are uncooked and unprocessed in their most natural state.  The diet is not designed for weight loss, but instead is a lifestyle choice based on the belief that foods in their natural form are more nutritious for the body.  People following this diet believe that heating food to high temperature causes important vitamins and enzymes required for digestion to be lost from the food.

The diet is predominately based on vegetables and fruit and is often vegan, although some may eat raw eggs and cheeses made from raw unpasteurized milk.  A raw food diet often consists of large amounts of foods such as whole grains, fresh and dried fruit, nuts and seeds, beans, sprouts and seaweed.

Processed and refined foods, caffeine and alcohol are generally avoided.  Foods are consumed in their natural state, blended or dehydrated.  As a general rule foods must not be heated to above 115 to 118 degrees as this constitutes cooking.

The diet has a high percentage of fruit, vegetables, whole grains, nuts and seeds, all of which are an important part of a healthy diet.  It is rich in fibre and many vitamins, however, due to the exclusion of a large number of foods there is the risk of nutrient deficiencies and it is important to compensate for the lack of these foods with raw alternatives or supplements.

In general, scientific research shows health benefits such as lower levels of bad cholesterol and more stable blood glucose levels with a diet rich in fruit and vegetables, however this is generally true whether the foods are cooked or not.  There is some evidence that suggests that cooking can cause the loss of nutrients from vegetables, and a few studies has shown a link between eating raw vegetables and reduced risk of various types of cancer.

However, there is little evidence to support the claim that cooking causes the loss of enzymes needed for digestion.  The body produces these enzymes rather than them being in the food we eat so this theory is unfounded.  The argument can also be made that whilst cooking may destroy vitamins in some food, it makes them more bioavailable and thus more easily utilized in other cases.

What are the benefits?

The benefits of this type of diet are that it is rich in fibre and vitamins, is generally low in saturated fats and processed foods.  All of these things have been associated with benefits for health.

What are the disadvantages?

Although the diet is rich in fruit and vegetables and other healthy foods, due to the exclusion of foods groups such as meat and possibly dairy and other animal products it can lead to deficiencies of certain nutrients.  Key nutrients that may be difficult to obtain on a raw food diet include vitamin B12, calcium, iron and omega-3 fatty acids.  To prevent deficiencies, it is important to include alternative sources of these nutrients or supplement if necessary.

Omega-3 fatty acids can be found in nuts such as walnuts, various oils including canola and soybean.  Calcium is best obtained from vegetables and such as bok choy, cabbage and soybeans if a vegan diet is followed and no dairy food is consumed.  People on a raw food diet are also likely to require more calcium that average as a diet high in nuts and grains can be high in sulphur containing amino acids which can lead to increased loss of bone mass.

The best sources of iron for raw food followers include tofu, legumes and nuts such as almonds.  Bear in mind that whilst green leafy vegetables such as spinach is high in iron, it is not as bioavailable as that which is found in meat products.  Thus you need to eat greater quantities and it may help to consume these foods with a vitamin C containing food or drink such as orange juice as this will facilitate uptake.  Fortified foods such as soy milk and breakfast cereals can also be helpful in a raw food diet, so look for varieties that have added B12, calcium or iron.

Due to the lack of meat and usually dairy in this diet, alternative sources of protein also need to be found.  Nuts, seeds, tofu and other soy products are all good alternatives.  Zinc may also be an issue, as similar to iron, this is more readily absorbed from meat sources.  Soaking and sprouting beans may help to increase absorption.

Vitamin D levels may also be at risk with this type of diet, and where possible fortified food products should be used and sufficient time should be spent outside to stimulate the production of vitamin D in the body.

Due to the potential nutrient deficiencies, the raw foods diet can be difficult and inconvenient to follow and needs careful planning to be nutritionally adequate.  As it is relatively uncommon, it can also be an anti-social diet, limiting your options for eating out and presenting difficulties for eating in social situations.

Is raw food for you?

A raw food diet is a lifestyle choice that is perfectly acceptable, however, it should not be undertaken lightly and proper research and an understanding of nutrition is needed to maintain adequate nutrition on such a diet.

This diet is not appropriate for young children and may not provide the necessary nutrition for those with medical conditions that effect their nutritional requirements.  The diet is restrictive and whilst it may result in weight loss initially, there is no need to adopt such a strict diet to achieve weight loss results.  Although there may be benefits of including raw foods in the diet, a balance between raw and cooked is probably the most sustainable for the majority of people.