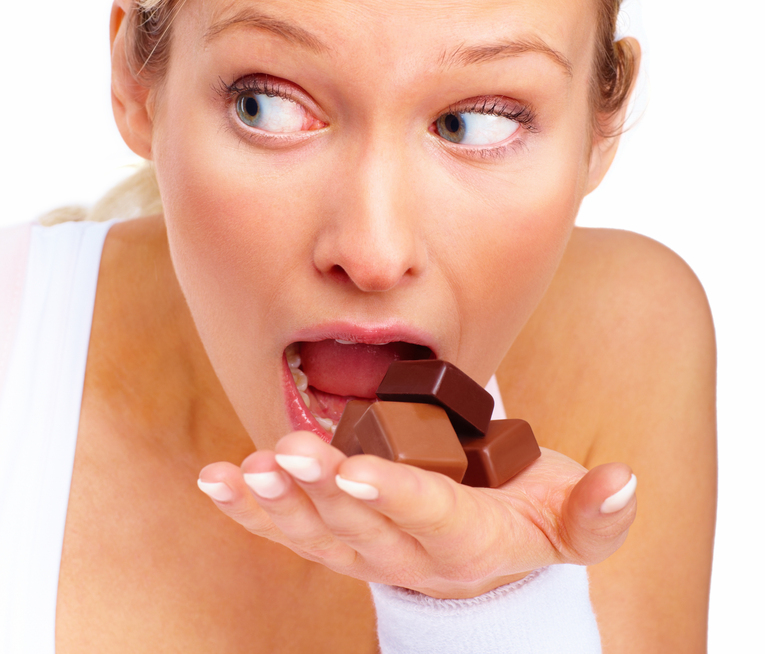 Why can’t we eat less? This question has been tormenting anyone who struggles for a lifetime with their weight. Although most people believe that this is due to their weak character, a prominent American doctor believes the cause is something else.

Child-endocrinologist Dr Robert Lasting, Professor of the Pediatric Clinic at the University of California at San Francisco (UCSF) and one of the leading experts in the United States on the issue of obesity, delivers the entire problem in leptin – the hormone which acts as one of the two “thermostats” of our appetite, restricting it when we are full (the second hormone of hunger is ghrelin which increases the appetite).

When someone has eaten enough, the adipose cells of the body excrete leptin, which effectively suppresses the appetite, giving “Instructions” to the brain that it is time to stop eating.

This mechanism, however, is “blown” away by something very simple: the craving we have for sugar, which is often added even to very healthy food on the market, such as wholemeal products or even low fat milk.

Why do overweight people are unable to stop eating?

As he explains in his book “Fat Chance: The bitter truth about Sugar”, which was released on 3rd January in Britain, for years scientists believed that obesity is due to the lack of leptin, which makes the overweight and obese people to be unable to stop eating.

Recent studies, however, have shown that obese people have ample leptin – and in fact the more overweight someone is, the more leptin he has. However, they are resistant to leptin.

In simple words this means that the cells of the brain that should be ‘getting’ the messages of leptin are resistant to it and thus they do not activate the feeling of saturation.

This has as a result someone to crave for foods rich in fat and sugar (and calories!) and on the other hand his body to make “retention” of energy, by suppressing the innate desire for exercise and movement.

However, when someone has a resistance to leptin, the food never ceases to be delicious, no matter how much he has eaten.  For this reason many overweight and obese people find it so difficult to limit the quantities of food they consume.

Sugar is to blame…

Dr. Lasting and his colleagues have demonstrated through repeated studies in humans that the overconsumption of sugar and the overproduction of insulin that it brings (insulin is the hormone that is produced to break the sugar and other carbohydrates) activate the resistance in leptin. It is estimated that 1.5 billion overweight and obese people in the world suffer from this!

What to do to eat less?

The good news, according to Dr Lasting, is that studies have shown that by adjusting one’s consumption of sugar and therefore the insulin production, he can improve the ability of the brain to “read” lepitin. Thus, he can be relieved gradually from the restless longing for food and eventually to lose weight.

Eat only one sweet a week

This sweet must contain some sugar but in limited amount.

The digestive system works hard to remove the outer casing of wholewheat products and so it slows down the process of digestion, preventing the sharp increase in sugar levels (glucose) in the blood.

However, when the sugar increases gradually, the body produces less insulin and this saves less energy (calories) in the body as fat. In addition, the slow digestion helps the brain to understand that it has reached saturation.

It is what you need to improve the sensitivity of your body to insulin and to increase the muscle mass at the expense of body fat.

Dr Lasting’s most important tip: “do not eat anything that your grandmother would not recognize”. Even in ‘light’ or diet foods, there is “hidden” sugar (indicated as “sugars” in the nutrition label) that can undermine your efforts.

Therefore avoid processed foods and eat what you cook in your home.

When you eat fast food it also means that as a necessity you eat quickly, and therefore the feeling of saturation does not have the time to activate.

Dr Lasting says that there must be some sort of protein (chicken, poultry, fish, low fat milk) in each meal, to slow down the process of digestion and insulin “explosions”.

Any food containing only fats, carbohydrates and sugar (like donuts, milk shakes, and cakes) should be avoided.